Believers Fellowship Church began with meetings in Pastor Allen Skrede’s home. The meetings were informal studies of the Word of God. At the time BFC started in 1981 he owned the Abundant Life Bookstore and learned much from the written materials. Allen Skrede shared all that he was discovering in his studies with those interested believers who requested the studies. In that same year the church was registered as a 501 (c) 3 non-profit status with the IRS and formally became Believers Fellowship Church, Inc. The following year Allen Skrede was ordained as the Lead Pastor of BFC.

The group started with about 20 faithful people to now averaging a weekly attendance of 110-130 people.
During the process of growth, BFC has established passionate worship in song with a full worship team, Children’s Ministry, a vibrant Youth Group, and occasional small groups. There is a Discipleship Class for adults that meets weekly on Sunday mornings (9:00am). We continue to have a Nursery available with a speaker so that individuals are still able to hear the message in the sanctuary while caring for their young children. 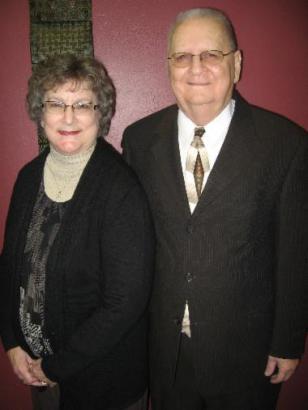 Allen Skrede grew up on a family farm and helped his dad with chores and field work. Thinking that he knew of nothing else to do in life he purchased a farm in 1961. He later met and married a city girl, Mary Gray in 1965. They farmed together for 8 years. In 1973 he sold his farm and moved to the city of Viroqua. There he worked in a fertilizer plant. Still searching for “the right thing” to do in life, he was led by the Lord to attend meetings about the Holy Spirit. In July of 1973, Allen received the baptism in the Holy Spirit with the evidence of the nine gifts of the Spirit in his life.

Later in the 1970's, he purchased what was known as the Lutheran Bookstore. He had longed to do that for many years. He renamed it the Abundant Life Bookstore. As he and his wife operated the store they were able to read many books that caused them to grow in the things of God. As the bookstore owner, it was assumed by the church community that he could preach and was asked to do so several times. With knees shaking and heart pounding, he taught people what God was teaching him. In this time of his life God was gently calling him. The only thing he knew to do was to “provide a place where people could hear the uncompromised Word of God.” He was asked to have meetings in his home and it developed by word of mouth. He was asked to hold meetings in the LaFarge area as well. This went on for several months before the LaFarge people said they would attend Allen's meetings in Viroqua.

At the age of 38, he finally yielded to God’s call on his life and was encouraged by close friends and other pastors to make it a legal church. It was in 1981 that the church was formed and given 501 (c) 3 non-profit status. In 1982, he was ordained and the church began to grow. The people received the preaching of the Word with signs following as is written in Mark 16:20. The core group of 20 became one of 90+ members. The people received many miracles from the Lord as Pastor Allen Skrede laid hands on them and prayed for them (also found in Mark 16) and he continued to see healings, deliverance from demonic activity, people freed from fears, and many saved. In 2003, Pastor Allen joined with Dr. Mark T. Barclay Ministries as his Pastor.

There were several great things in his life that Pastor Allen held precious; his wife, Mary, and three sons: Craig, Trever, and Paul. These sons met and married wonderful women, and they now have ten grandchildren and three great grandchildren. Craig is now the Lead Pastor of BFC. Trever is the Associate Pastor of BFC and Director of GoOne Ministries which is a missionary outreach program to help rescue orphans off the streets. Paul is the Worship Minister and Youth Pastor at Believers Fellowship Church. Pastor Allen continued to serve BFC on its Advisory Board as the Founding Father of the Believers Fellowship Church, Inc. until he passed away peacefully in his home in 2021.